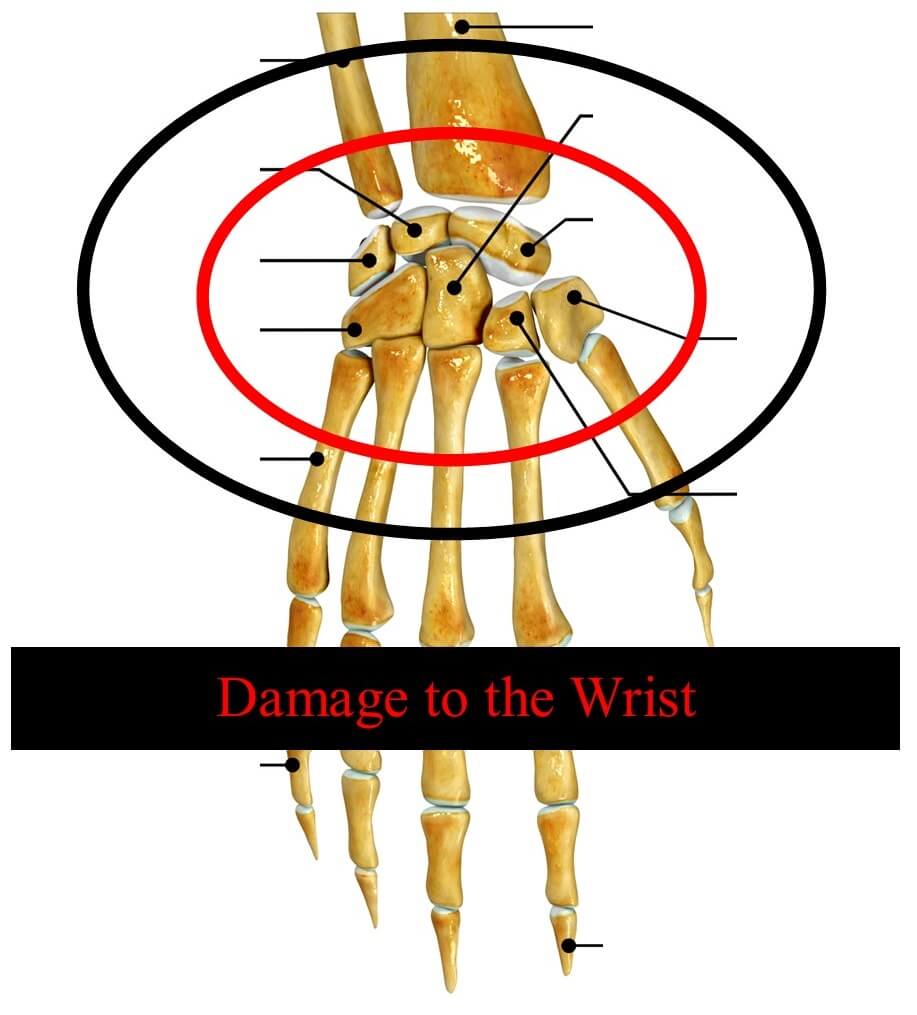 In this article I will lay out what you need to know about broken wrist settlements and how to maximize your broken wrist value, including:

♦   What are common wrist injuries?

♦   Treatments and how they increase or decrease your settlement

♦   How to maximize your broken wrist case

Read on below to learn more…

6- Get Help With Your Broken Wrist Settlement

Your wrist is made up of multiple bones, muscles, tendons and ligaments.

The bone most often injured in your wrist is the distal end of your forearm bone. During an accident, the distal breaks frequently when there is a fracture in the distal radius.

Multiple kinds of breaks can happen in the wrist such as:

♦   Scaphoid Fractures of the Wrist

Some injuries are worth more than others, and this will depend on how severe the break is. An Extra-articular fracture for example is worth less than an intraarticular one because the latter breaks into the wrist joint while the former does not, making it a less serious injury.

The more difficult a wrist injury is to treat, the more the payout for the broken wrist settlement will be. Some of the hardest injuries to the wrist to deal with are:

♦   Breaks where the bones no longer align properly

These injuries tend to result in higher car accident broken wrist settlements because they are harder to treat and take longer to heal from.

Injuries such as this can leave you with long-term pain and never fully recover. Permanent injuries that are long term will almost always be worth more and result in bigger settlements.

A car accident can place enough pressure on your wrist that injuries can take time to present and lead to long-term damage and chronic pain. 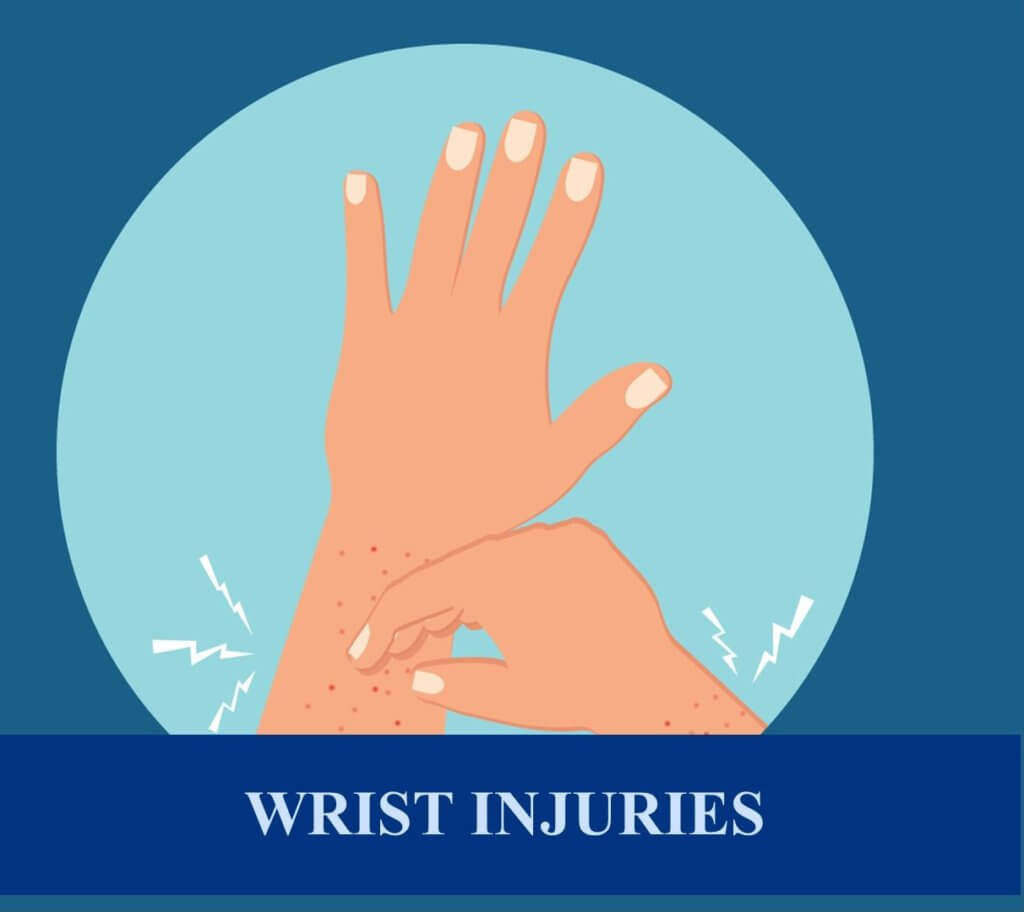 A broken, fractured, or sprained wrist will often result in initial signs that present as swelling, bruising and immediate pain.

The extent and type of wrist injury you have will need to be assessed by a medical professional who can let you know what exactly has happened to your wrist in your accident.

Your treatment will depend on the type of injury you have sustained. Some wrist injuries can recover with the wearing of a brace, rest and home-remedies such as icing the location or taking anti-inflammatory medications.

Other wrist injuries are not so simple and will require intensive surgery and treatment that can leave you with a permanent injury.

A lot of the treatment options will depend on your age, the kind of break or injury you have sustained and how severe your injury is.

Car accident broken wrist settlements often are tied into factors such as these because severity, healing time, and the need for surgery can all affect your pain and suffering.

The average insurance settlement for broken wrist injuries are tied into a few major variables. The first of these is whether or not your case needed surgery.

A case that involves surgery has a far higher chance of having a higher payout because of the invasiveness of the procedure. These cases can have higher settlements with averages running from $40,000-$60,000 for broken wrists that require surgery and long periods of healing.

Cases that do not require surgery lead to lower payouts which can come down to $15,000-$25,000 where there is damage to the wrist and time was needed to heal, but no surgery was required.

Some of these averages can vary from state to state, jurisdiction to jurisdiction within states, and also from case to case.

Average settlements for broken wrists in car accident in California for example can be as high as $100,000-$200,000 if the injury prevents an individual from working or the broken wrist injury was accompanied by injuries to surrounding areas like the hands and fingers.

Ultimately, a non-serious broken wrist injury case will generally not average higher than about $25,000 maximum in most cases.

When it’s a bicycle accident, the settlement tends to be higher, and is commonly over $50,000.  There are a number of reasons which explain why this could be, which are discussed in a bicycle accident page we wrote.

VERDICT: $40,000.00.  A 39-year old male plaintiff suffered multiple injuries including wrist injuries that required arthroscopic surgery. The cause of the injuries was a collision that occurred in an intersection when the plaintiff’s car was struck by an uninsured motorist. The plaintiff sued the defendant’s insurance company claiming that the company was liable under his uninsured motorist coverage. In addition to the $40,000 another $10,000 was also awarded to the plaintiff’s spouse for loss of consortium.

VERDICT: $475,000.00.  After being struck from the rear while stopped at a traffic light, a 42-year old plaintiff brought suit against her insurance company as they tried to limit how much she was able to recover from her injuries. In the accident she suffered multiple injuries including wrist damage which required her to wear a cast and also needed multiple surgeries to address. The case settled for a final $100,000 from the tortfeasor and an additional $375,000 from the co-defendant.

VERDICT: $125,000.00.  A severed tendon and fractures to the dominant right wrist were suffered when the plaintiff in this case collided with a bus that was making a left turn. The plaintiff was forced to stay in the hospital for over a month and undergo two different surgeries for her injuries. She recovered for lost wages and for the pain and suffering as her injuries left her with scarring on the surgical sites and decreased her overall range of motion, making participating in her normal activities painful.

VERDICT: $941,500.00.  A 52-year old salesperson was involved in a collision with another vehicle that was operated by an individual with no insurance. This collision led to a wrist fracture and the plaintiff stated that the defendant was responsible because he had obtained uninsured motorist policy protection before the collision. The defendant in the case also admitted liability in the case. A large portion of the settlement came from pain and suffering damages that were awarded to the plaintiff.

What increases the chance of a higher payout in my broken wrist case?

You can increase your payout value in a broken wrist case when there are more bones injured in the accident and also if your injury requires surgery. These indicate more serious cases and have the potential to have longer recovery times which lead to higher payouts.

Will my broken wrist need surgery?

Not all broken wrists or wrist injuries require any form of surgery. Many cases of broken wrists can be healed with rest and bandaging or casts to keep the bones in place as they heal. More serious cases where the bone is displaced or will not stay in place will require surgery.

Can a wrist injury result in permanent damage?

Yes, a wrist injury can result in permanent damage as well as chronic pain and the need for constant care. Many wrist injuries are never fully recovered from and lead to lifelong damage that cannot be corrected with surgery.  Arthritis is one of the most common permanent injuries or damages which result from a broken wrist.

Are there wrist injuries that are worth more in a settlement?

Yes, some wrist injuries like intraarticular breaks and open fractures can be worth more in a settlement. This is often because these injuries require surgery or longer care in order to heal and recover from.

Some states do have higher payout averages, but even in California, the payouts are comparable to other states. In California however, aggravating circumstances like liability, whether or not you needed surgery or if your injury kept you from working, can increase your payout.

Our office is in Los Angeles, California, but wherever you are, we offer a FREE 30 minute consultation.

Your broken wrist settlement value will depend heavily on whether or not you are able to argue for pain and suffering, and how well you have documented your injury from the start.  Insurance companies often try and offer a lower amount and try to get you to feel like you cannot expect more.

Make sure you reach out and get advice from a lawyer who truly knows how injury cases are valued before you settle on any amounts that are offered to you.

The IAG team can give you a free consultation at any time to help you make a decision on what you should do in your broken wrist case.  We also have an article on broken bone settlements, if you want to learn more about this topic.

To reach one of our Los Angeles Attorneys right now, call, email, or submit the contact form on the bottom of this page.